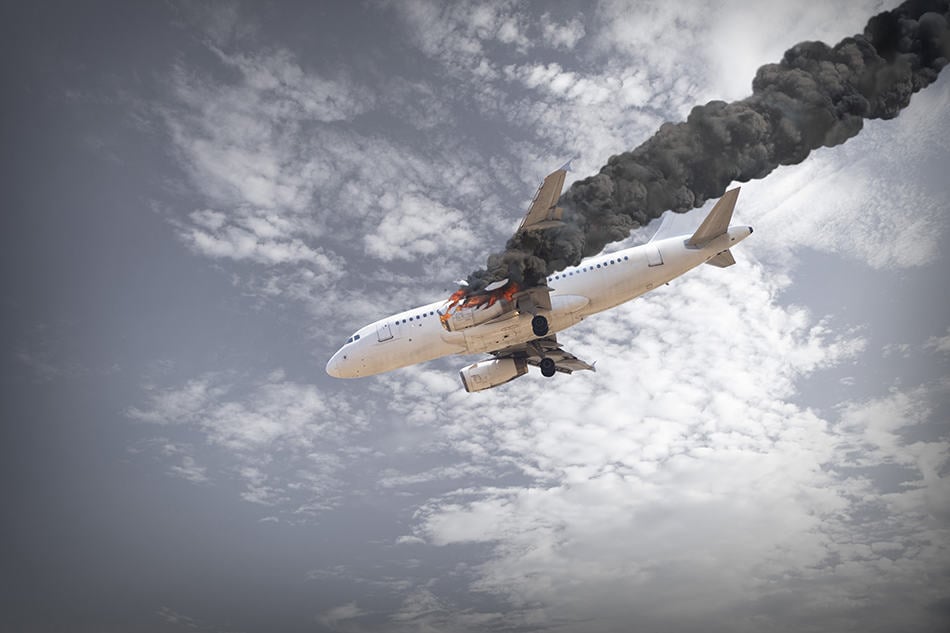 Dreaming of a plane crashing is one of the scariest nightmares a modern man can have. Even the author of this article must admit that this is probably the most horrible dream possible. When I say horrible, I really do mean – like a horror movie.

If you are among those who are afraid to fly, such a dream is not a surprise. However, if you are a regular aircraft traveler just like me and still dream those dreams from time to time, this article might help you to cope with them.

Whatever is your personal motivation for such a dream – whether you have some kind of phobia or not – the plane as a dreaming motif is quite common nowadays and thus important to analyze. I will try to select and explain the shapes, meanings, and symbolism those dreams carry.

The Symbolic Meanings of Planes 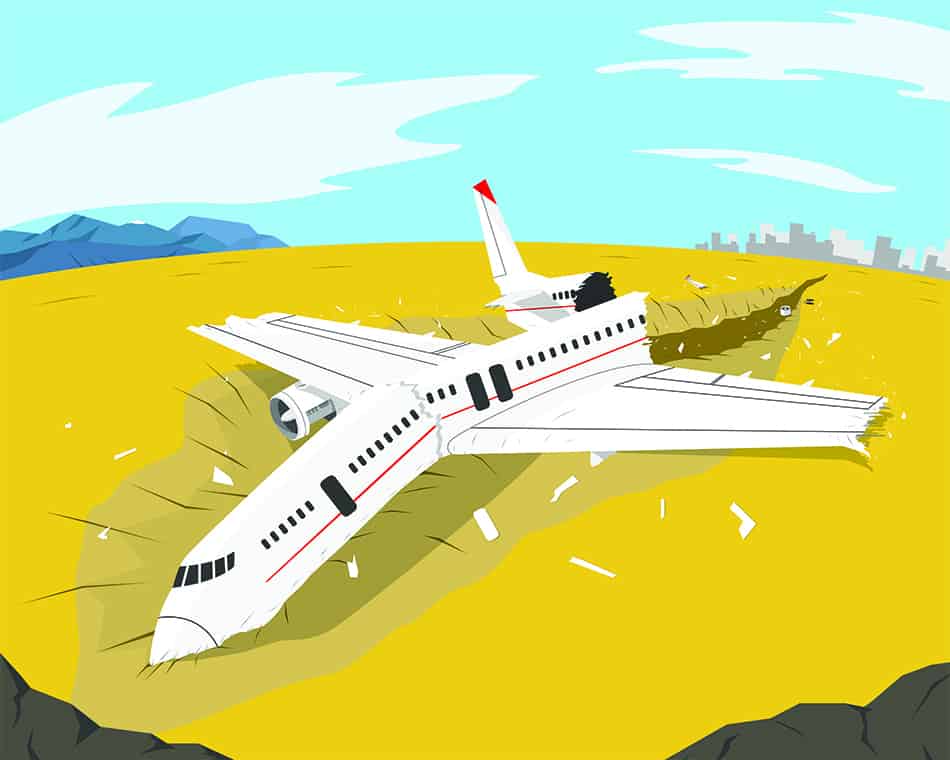 Despite the experts saying that traveling by plane is the safest choice we can make nowadays, compared to the other ways of travel, some old-fashioned part in many people still feels quite unsafe while being in the air and not on the ground. It is an expected, intuitive reaction human beings have when taking off. Daydreaming of having wings and being capable to fly like a bird is instantly neglected once we enter the plane.

However, dreaming of an aircraft is not always that unambiguous. Like any other form of transportation, when showing up in dreams, it is a representation of a journey through life, the life path, and changes in it. Additionally, it is a sign of your self-introspection and the search for the right direction and opportunities in life.

The symbolism of plane crashing has additional meanings in human dreams. They are usually related to some short-term problems you are facing and your feelings. To understand them well, it is useful to classify alternate versions of those dreams, in order to explicate and comprehend each one of them.

Dreams About Watching a Plane Crashing 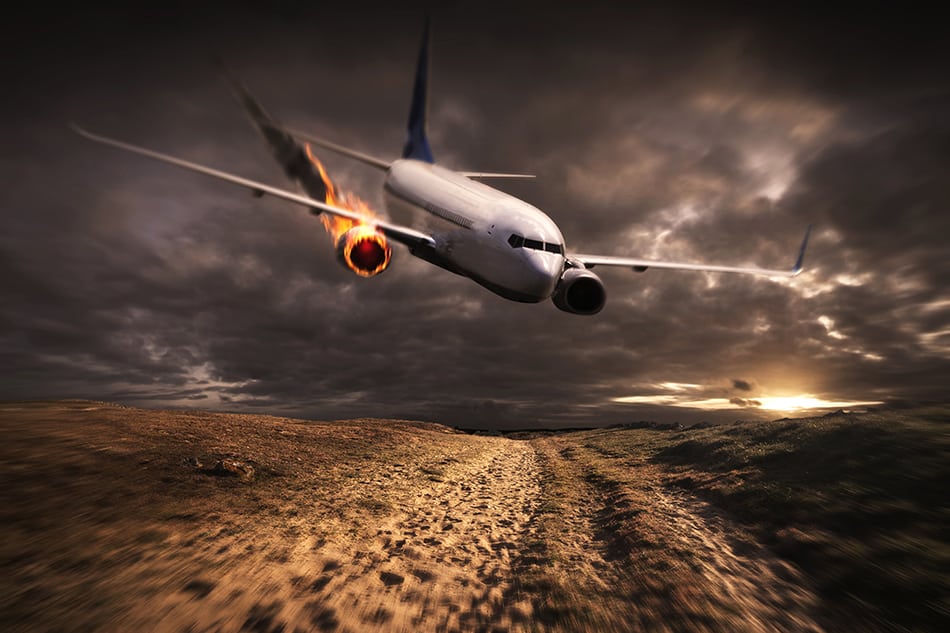 If you had a dream about observing an airplane crash from the distance, thus weren’t involved or hurt in it, it has several possible meanings, all intertwined.

This dream might be the sign of some failure you can expect in the near future, related to a certain goal you wish to achieve or some desire. Other than that, it may suggest you are in some dangerous situation.

If you felt helpless while observing this incident, it signifies your lack of self-confidence or maybe even self-consciousness. Maybe your ambitions are too high at the moment, or simply set wrongly, and you should rethink them.

Try to overcome the doubt you have regarding your ambitions and goals, in order to achieve them more easily. Sometimes we all need to rely only on ourselves and this dream may be the reminder of it.

However, there is an interpretation telling us that we can expect good news after such a dream, whether it is related to your work, family, health, or some other aspect of your life. It is up to you and the overall context of your life to decide which suits you better.

Dreams About Being Involved in the Airplane Crash 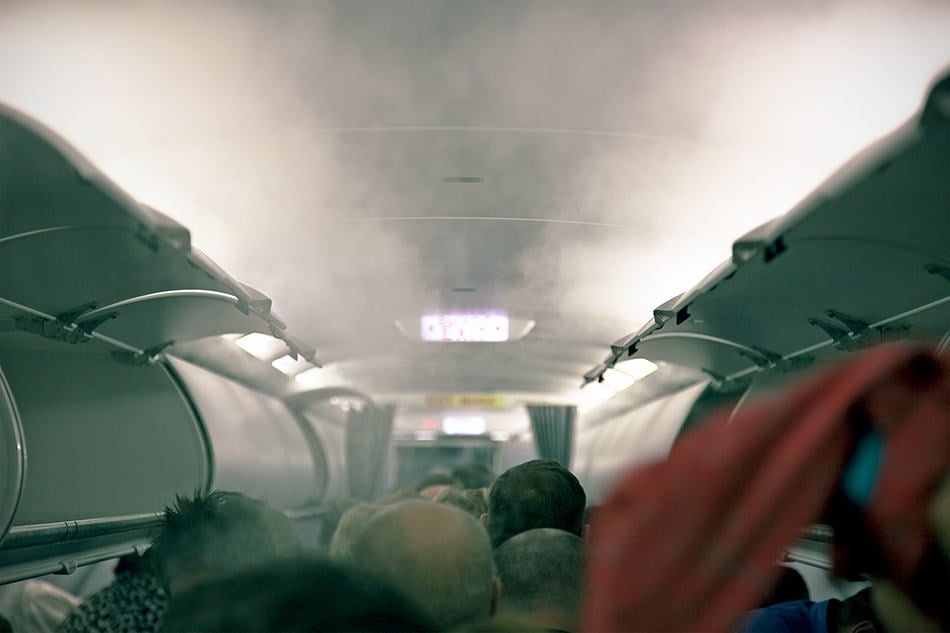 Despite the fact that dreaming of being the part of a plane crash is quite terrifying and traumatic, it is also considered to be a bad omen or simply a sign of your bad moods.

Usually, this dream is interpreted as a sign of a serious, yet hidden state of depression. You may feel like losing control over some situation and this feeling has been transposed into a dream.

On the contrary, there are some old interpretations telling us that dreaming of being on a plane during the crash foretelling you will live a long and healthy life. This prediction even tells that it will be so especially if you die in the dream.

If you dreamed of being on a plane that crashed during the takeoff, it may suggest you are craving for independence. This dream reminds you of the importance of freedom in your life.

If you dreamed of being on a plane that crashed during landing, it is always related to your future plans and goals. Try to reassess them thoroughly.

Dreams About Plane on Fire or An Exploding Plane

Dreaming about a burning or an exploding plane is another possible variation of a plane crash nightmare. Fire is a symbol of the strong emotions you have been accumulating and carrying for some time. Something is about to explode in your life, be it in a positive or negative way.

One possible interpretation tells your plans are under some risk. If so, try to do anything possible to prevent them from failing, even changing them might be the right choice.

Another possibility is that the dream of an exploding plane warns you about a possible disappointment you can expect in the near future. However, don’t treat this warning as an unavoidable doom, but rather as an alert keeping you awake. If you are a person that trusts everyone too much, this is especially important.

However, if your dream about a crashing plane hasn’t caused you any fear, dread, or panic, it suggests another connotation. Since the fire is a symbol of passion and desire as well, this dream might anticipate a love affair and some passionate adventure. An excitement regarding your love life or a new relationship is about to come.

Dreaming of A Plane Crashing into Water 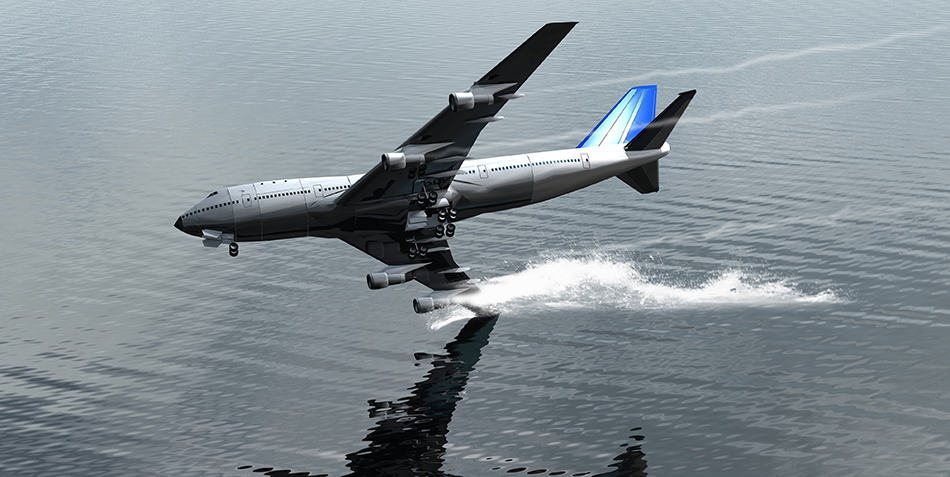 In dreams, water is always related to introspection, reflection, and insight into the inner-self. Thus dreaming about a plane crashing into the water is not seen as something bad. It rather signalizes your need for searching the depths of your soul, and to gain peace of mind.

Perhaps you have gone through a stressful period in your life recently, being anxious or concerned. This dream is a good opportunity to think over this whole period, in order to build your self-awareness. In this way, you will be able to handle future problems.

Dream about a plane crashing into the water can also have the meaning of regret. Perhaps you feel regretful over something you did or didn’t do. Try to find out what it refers to.

Dreaming of Dying in A Plane Crash 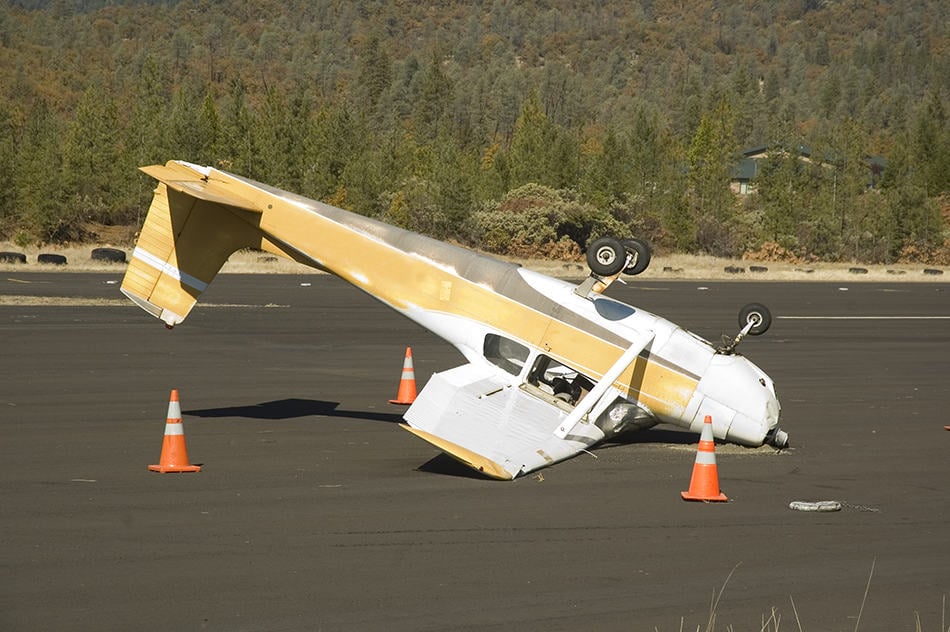 Contrary to the interpretation mentioned above, saying that dreaming of death can actually make your life longer, the majority of other explanations say this dream is a bad omen. It is a representation of a mistake you have made in the past while making some plans. You can expect them not to end up successfully.

Other than that, this dream is a sign of a bad period for investing money in business or something else. Be careful while spending it, otherwise you can expect more damage to be done.

Dream About Surviving A Plane Crash 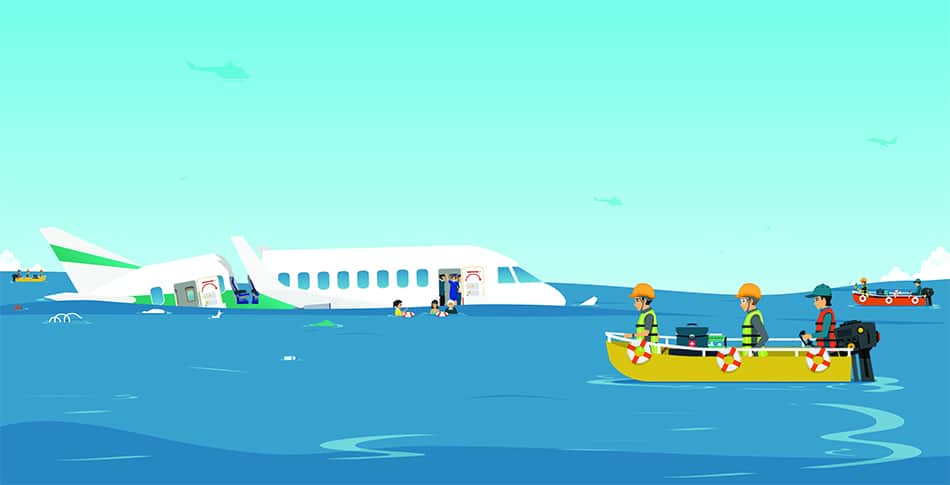 Unlike the previous example, dreaming of surviving the crash of an airplane is considered to be a good omen. You should expect positive events to occur in your life after such a dream since it signifies your personal success.

Try to use this period to complete the projects you have started and to reach the goals. Additionally, this dream tells you to take a chance with new projects or experiments. You can expect them to be successful as well.

Finally, it is not only about your professional life. If you are single, this time is the right time to expect someone new to show up and make your life complete.

Dream About An Airplane Crashing From The Sky

This dream is among the most common dreams about a plane crash. In most cases, it represents your fear about something. The fear may be related to some project you have been working on recently, making you insecure about it and having a fear it may fail.

Also, you may be worried about a person you love for some reason. Maybe you have a fear something bad can happen to them and you won’t be able to protect them or help them.

When analyzing this dream and your feelings about it, try to understand whether this sense of fear is irrational or it has a foothold in reality. It may be just your redundant feeling without any base, so try to overcome it.

We all know that dreaming about a plane crash can be very stressful. It raises the adrenaline and blood pressure, making us nervous and worried, wondering the whole day after what has gone wrong.

However, aircraft crashes occur very rarily, statistically speaking. Thus, try not to understand the dream about them as a bad omen itself, but rather as a warning. Your mind is trying to tell you something about your fears and worries, and it’s up to you whether you will use this alert as a tool to overcome them.

Have you ever dreamed of a plane crash? Were you involved in it or just a witness? Are you afraid of flying or not? Can you connect your fears and insecurities with the dream you had?