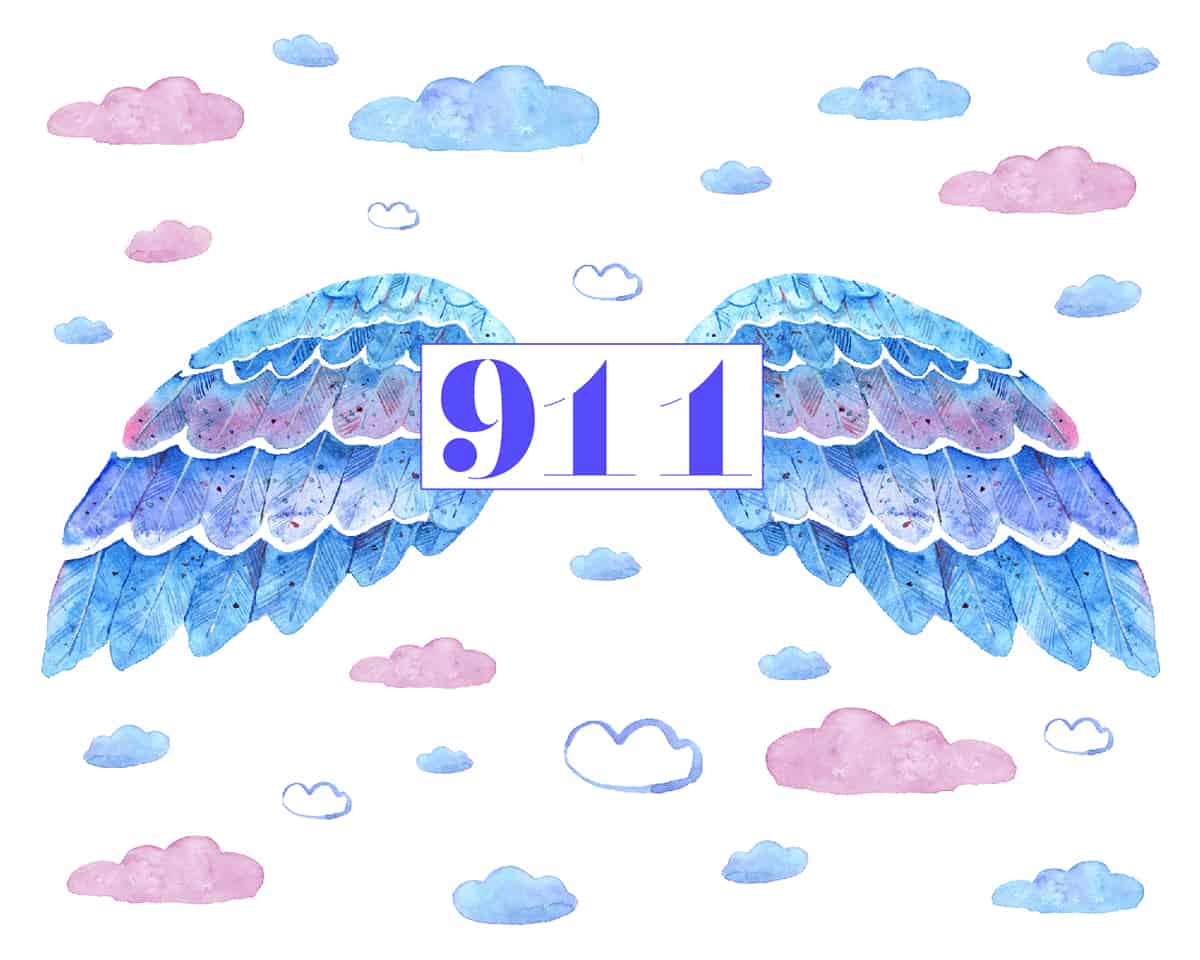 Numbers are everywhere in our waking lives – and sometimes in our sleeping lives too! The number 911 has significant cultural connotations, especially in the United States, so seeing the number 911 when you aren’t expecting it can be a little jarring.

When you see the number 911, whether it is in a dream or on your shopping receipt, this can symbolize that something in your life urgently needs attention. Numbers that catch your notice like this are sometimes referred to as angel numbers, as they can provide important messages in the way that an angel might.

While the symbolism of many three-digit numbers is obscure, 911 has some obvious connotations that you don’t have to be a spiritual genius to know about. It is a number that might just mean exactly what you think it means.

911 is well known as the phone number for emergency services in the United States. 9/11 is also a common way of referring to the terrorist attacks that took place in the United States on September 11, 2001. Both of these associations make 911 kind of a scary number.

Seeing 911 could therefore symbolize that you need to be alert to avoid a dangerous situation, or that a situation you have been trying to ignore is worse than you think it is and needs to be dealt with. It might alternately mean that something in your life is going to end, whether you like it or not, but you may experience the possibility for renewal afterwards. 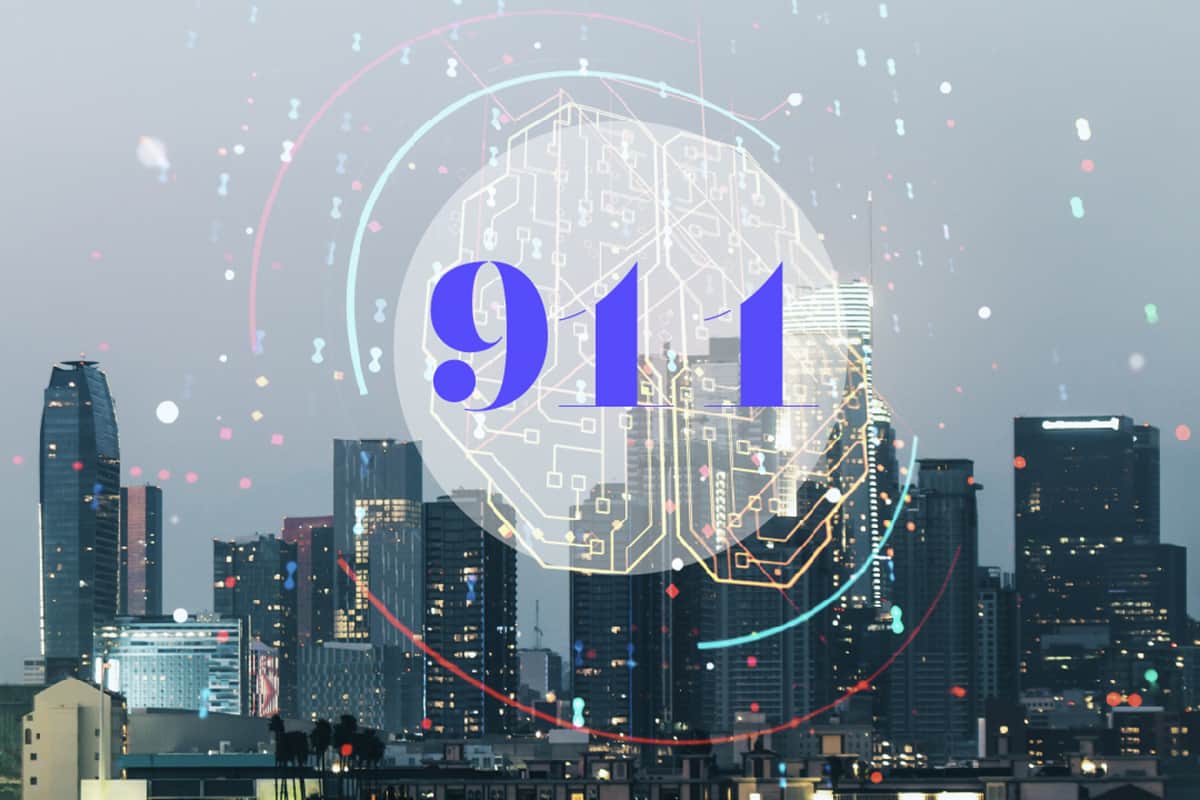 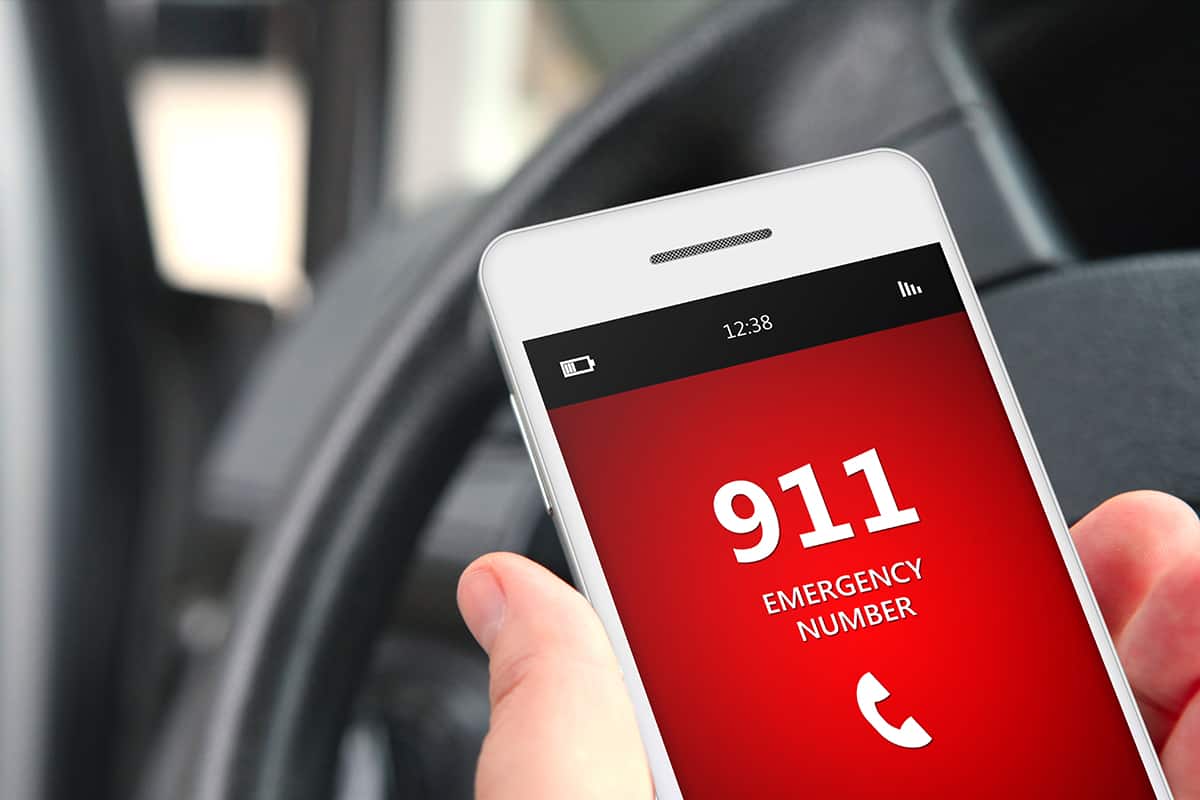 Seeing 911 could therefore be an indicator that you or someone in your life is in trouble. Whether or not it is a situation that literally calling 911 would be able to help with, you may need to be attentive to signals you might otherwise overlook.

Seeing the number 911 could also show that some situation you have been trying to ignore really is a serious problem that you need to deal with.

Though calling 911 usually means you have a serious problem, the good side of it is that making the call can often get you the help that you need to solve your problem. Especially if you feel hopeless about something, seeing 911 could symbolize that assistance is available to you. You may have to take the initiative to ask for help, as people might not know you are struggling if you don’t tell them, but this could work out better than you expect.

On September 11, 2001, terrorists hijacked airplanes and attacked multiple locations within the United States, including the twin towers of the World Trade Center in New York City. This event is commonly referred to in the United States as 9/11.

Seeing 911 could therefore symbolize that you feel like something you took for granted is being destroyed on a grand scale. The dramatic fall of the twin towers on 9/11 is reminiscent of the Tarot card The Tower, which speaks to upheaval and the destruction of important structures in your life.

Leianne Wilson, who lived in New York until shortly before 9/11, blogged about repeatedly seeing The Tower in Tarot readings for New York clients in the weeks leading up to 9/11. While she sensed that something big was about to happen, it was, of course, easier to see the details after the fact. She wrote:

“‘The Ultimate Source’ had done the best job it could sending the messages. It was only my limited mind that could never have imagined. If you have ever taken a good look at the ‘Tower’ card of the Tarot Deck it couldn’t have more plainly depicted the events of that day.”

A big feature of 9/11 was how shocking it was. Prior to that, most people would not have thought of the possibility of someone flying an airplane into a building. Your sighting of the number 911 could similarly symbolize that something totally unexpected is coming your way.

While seeing the number 911 may be an opportunity to acknowledge that the dramatic imagery of the 9/11 terrorist attacks could serve as a metaphor for something currently going on in your life, some people are interested in the 9/11 terrorist attacks on a more literal level and become very interested in detailed numerology related to that. There are other websites where you can pursue that if you want, but don’t turn yourself into Eric Cartman over it.

In addition to causing horrific destruction and provoking a war, the 9/11 terrorist attacks also dampened the birthday celebrations of everyone born on September 11. If you are close with someone whose birthday is September 11, seeing 911 could have to do with your relationship with that person.

In some countries, however, 911 as a date might be read as 9 November rather than September 11. If that’s how you read it, and you know someone whose birthday is 9 November, seeing 911 could remind you to check in with that person.

Either way, the context in which you see 911 might give you a clue as to what is going on between you and the birthday person. Listen also to your intuition and emotions.

If 911 represents your birthday, seeing 911 could symbolize that you have an opportunity for renewal. You may, however, need to intentionally shape your path through life instead of letting yourself get swept along in the tide of events. Ask yourself, “Where am I in all of this?” 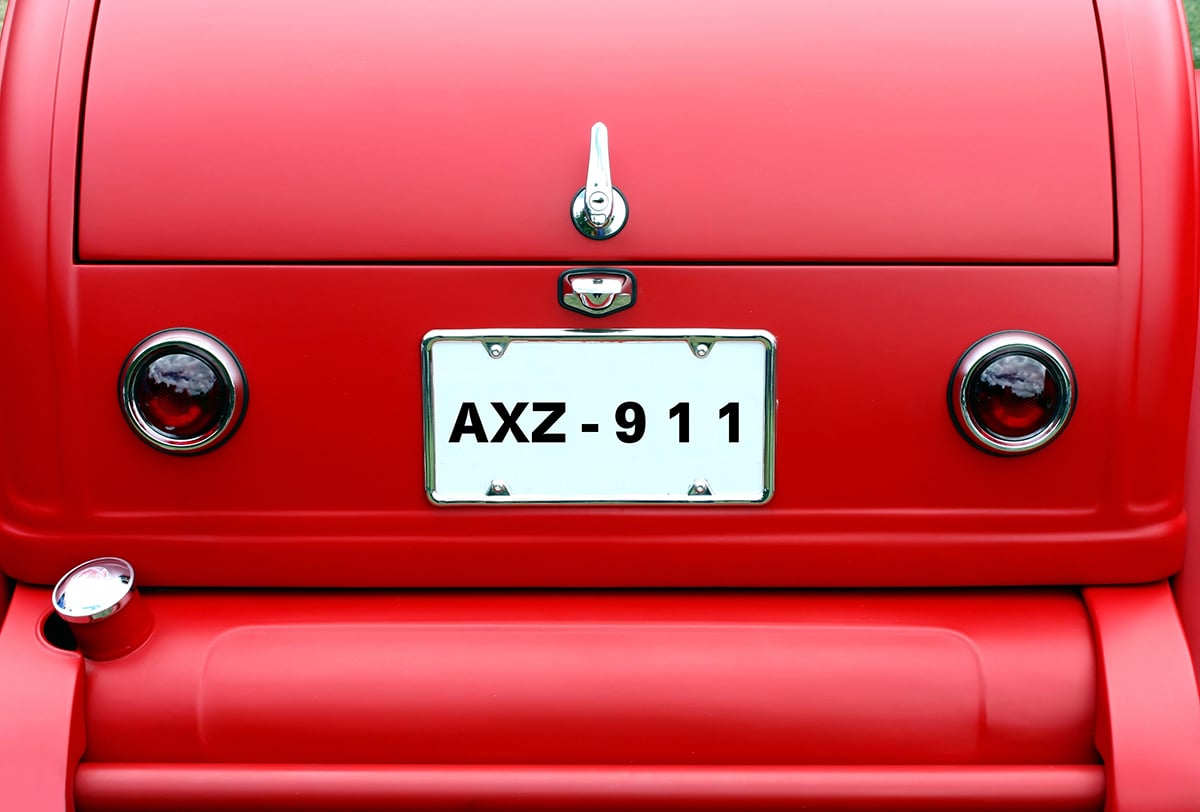 Each state makes license plates a bit differently, but in my state, Oregon, most license plates have three numbers and three letters. Any letters that appear on a license plate where you see the number 911 could also be relevant for understanding your 911 sighting.

For example, I sometimes see a car driving around my town that has 911 on its license plate. The three letters with it are the initials of a friend of mine. Seeing this license plate that has 911 and my friend’s initials together is therefore a good reminder for me to check in with this friend and see how she is doing.

Other factors to consider when you see the number 911 on a license plate could include whether the car is parked or driving, and where and how the car is driving.

For example, if the car with 911 on its plate is driving aggressively, this might symbolize that your emotions, or those of someone else in your life, are way out of control. If you see 911 on a parked car, though, you may have a little more time to think through how you want to deal with a problem that seems to be budding.

If you are wondering whether a person or business you are considering becoming involved with is a good fit for you, and you see a vehicle with 911 on its plate parked or driving near their home or business, maybe you should be extra attentive to anything that seems off about them. On the other hand, if you are in a position of needing help from them, maybe they are equipped to provide the help you need.

On a shopping receipt 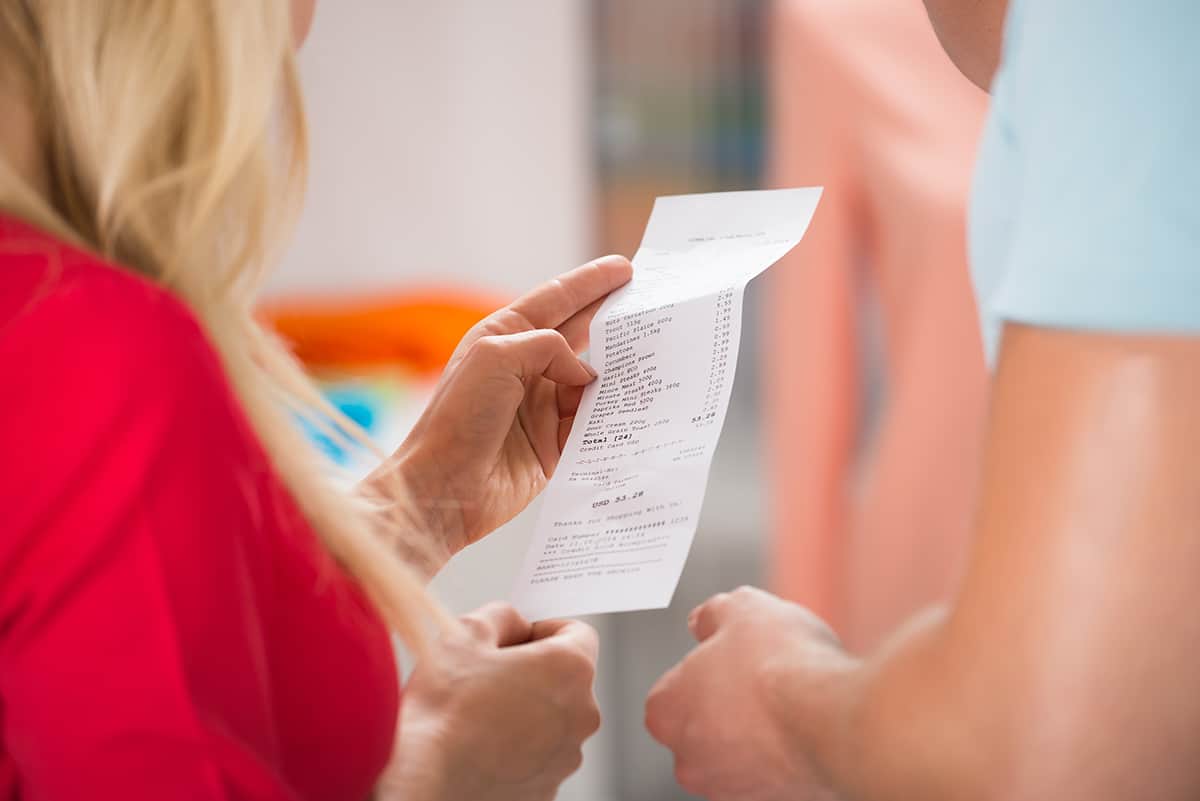 If you go shopping, and the total price of your purchases comes to $9.11 or $911, you might look at whether whatever you just bought is really good for you. Maybe this is a message that your habit of buying something like cigarettes or soda, or simply spending more than you can afford, could lead to trouble if you don’t stop. 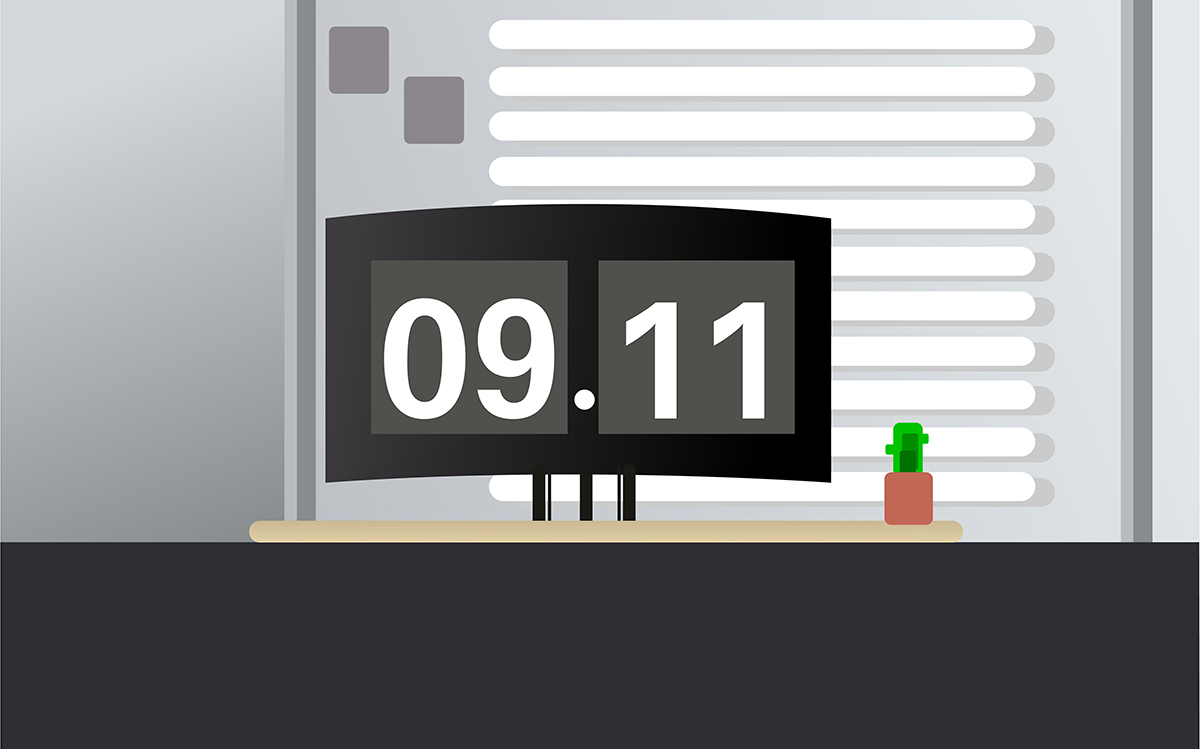 One very common place for people to see angel numbers is on a digital clock. If 9:11 on a clock display catches your attention, you might look at what you were doing when you saw it.

If you were wasting time when you saw 9:11, like if you were scrolling through social media or playing games on your phone, seeing 9:11 could symbolize that you need to wake up and be more serious about what you want to do with your life.

If you were interacting with a particular person when you saw 9:11, you might reflect on your relationship with this person. There may be a dynamic where you need their help, or they need your help.

However, remember that calling 911 does not get the first five strangers off the street to come to your aid. Instead, it summons people who have the specialized training necessary to actually be useful in a difficult situation. Whether you are seeking help or trying to provide help, you may need to reflect on whether the designated helper in your relationship is truly qualified to do what is being asked of them.

What does 911 mean for singles? 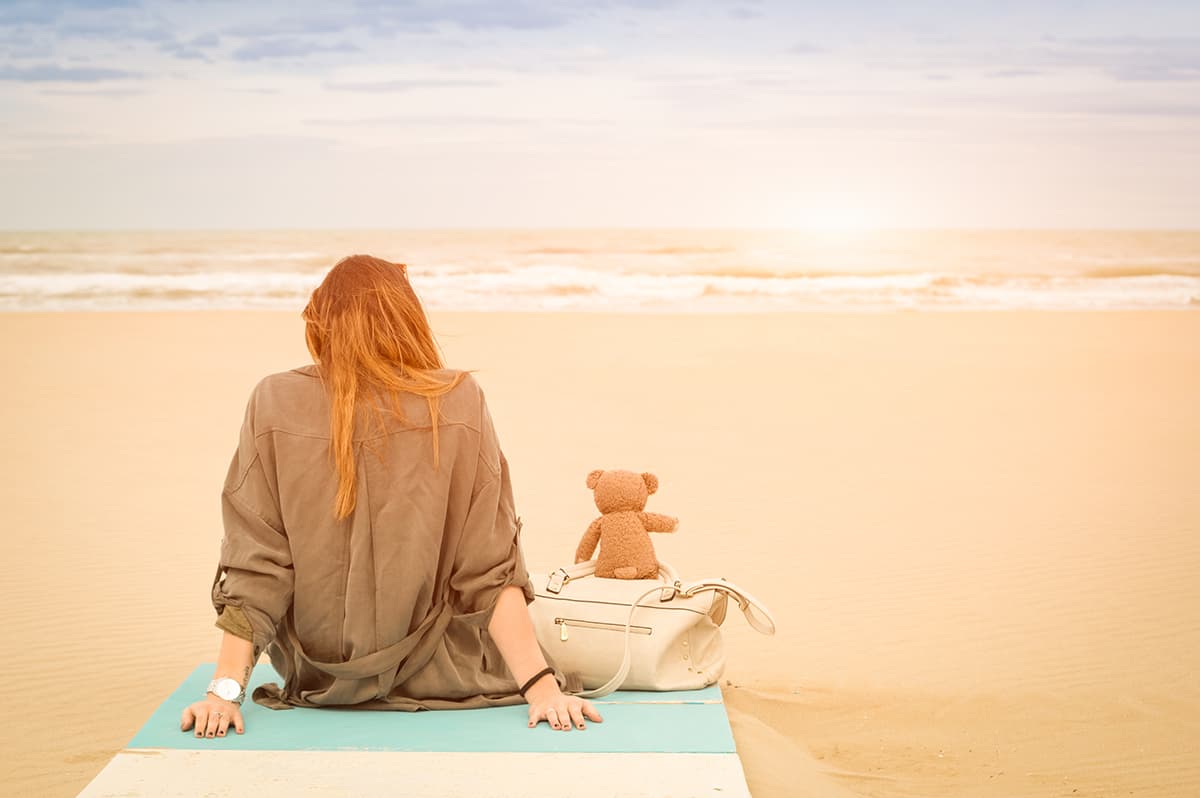 The disastrous connotations of 911 are not very romantic, but the 911 meaning for singles could actually go in a few interesting directions.

If you are actively dating, seeing 911 could symbolize that you need to look closely at any potential red flags about a new love interest. Don’t ignore your intuition if something seems off.

Alternately, seeing 911 when you are seeking love could symbolize that you are in danger of overlooking someone who has the potential to be really good for you. Don’t be oblivious to subtle signs that this person is into you.

Another way to look at 911 for especially a longtime single person would be similar to the upheaval of The Tower. You might think you have been seeking a relationship for perhaps many years. However, in that time, you may have become more comfortable than you want to admit with your existing life as a single person.

When the right partner for you finally appears, making room for them into your life could be really disruptive at first. Before you can fully enjoy your new mate, you might need to honestly acknowledge your losses like no longer having your whole bed to yourself and no longer having the freedom to decide how to spend your time without consulting anyone else.

What does 911 mean for twin flames? 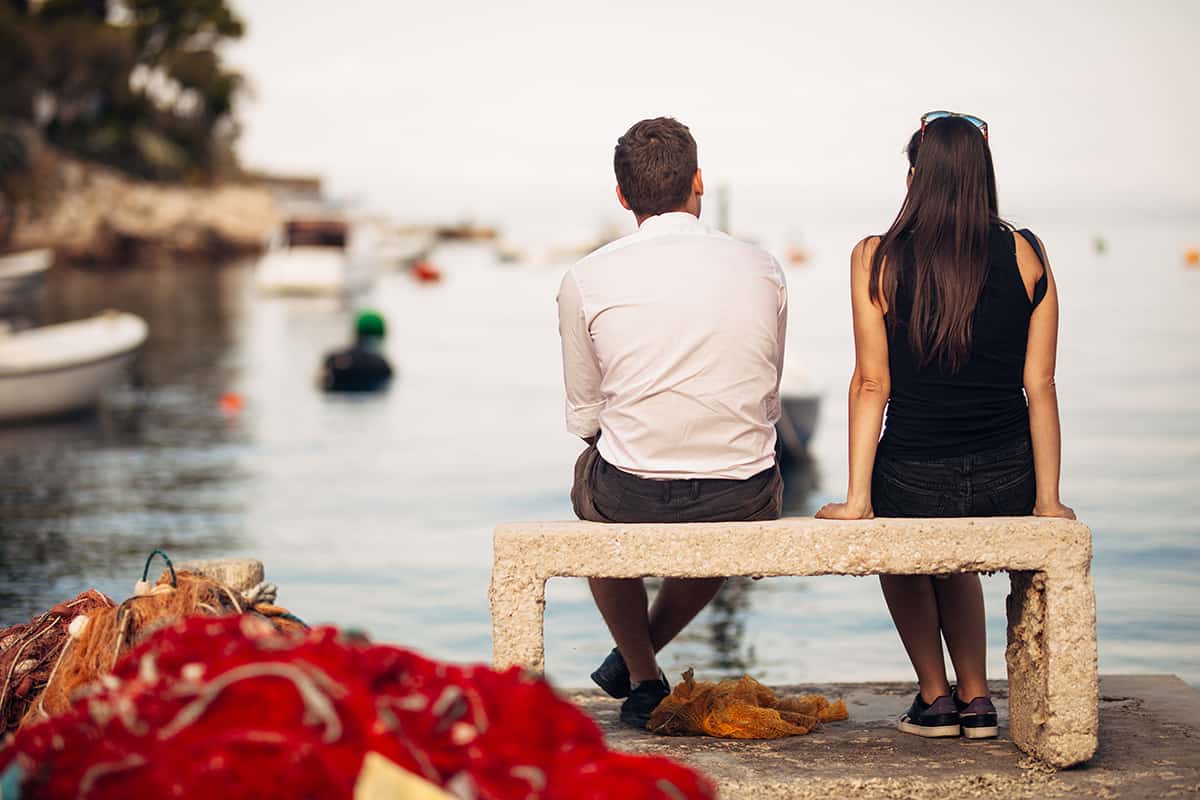 Seeing 911 as you begin a new relationship, whether or not the relationship is romantic, could symbolize that there is something important about this connection. You may feel anxiety in a way that excites you. You might even be tempted to call this person your twin flame.

The term “twin flames” can be used to describe a relationship where there are intense feelings of connection. You might feel that you are psychically linked with the other person and can sense things about them that you would not know by conventional means. In this context, seeing 911 could suggest that the other person is going through some kind of difficulty.

If the relationship overall seems to bring a lot of turbulence and drama to your life, seeing 911 could push you to acknowledge that reality. Though you may learn important lessons from the passionate connection of a twin flame relationship, playing with fire can also get you burned.

911 is one of the easiest angel numbers to interpret because it has a couple of well-known meanings at least in the United States. Dreams and other symbols you encounter in your life often try to communicate with you in a language you understand, so interpreting your sighting of the number 911 could be as simple as applying the meanings you already know.