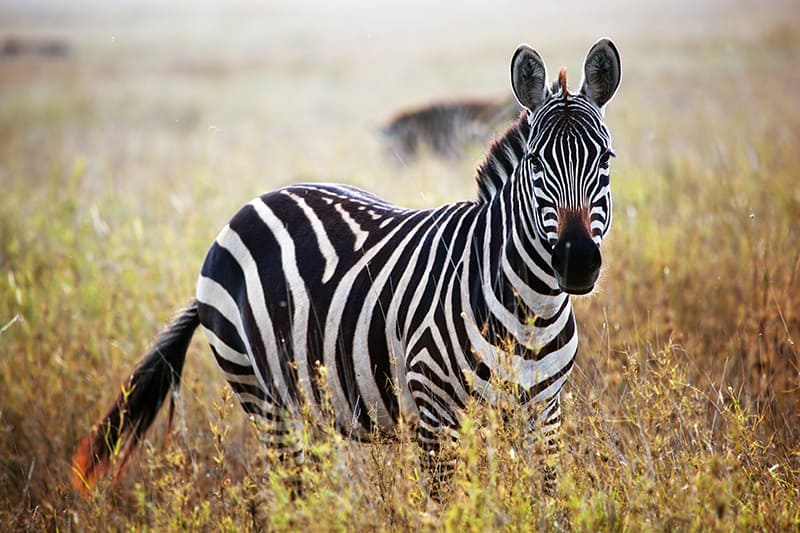 The symbolic associations of zebras include uniqueness and individuality. Similarly, a zebra is not one of the most common animals to appear in dreams.

If a zebra is in your dream, though, you need to know what it means.

Zebras also symbolize the need to be aware of other perspectives and open to mystery. They show that sometimes it is necessary to be wild.

Here are some scenarios in which zebras could appear in your dreams. Each of these emphasizes different variations on the basic zebra themes like uniqueness, individuality, and wildness.

What Do Zebras Symbolize? 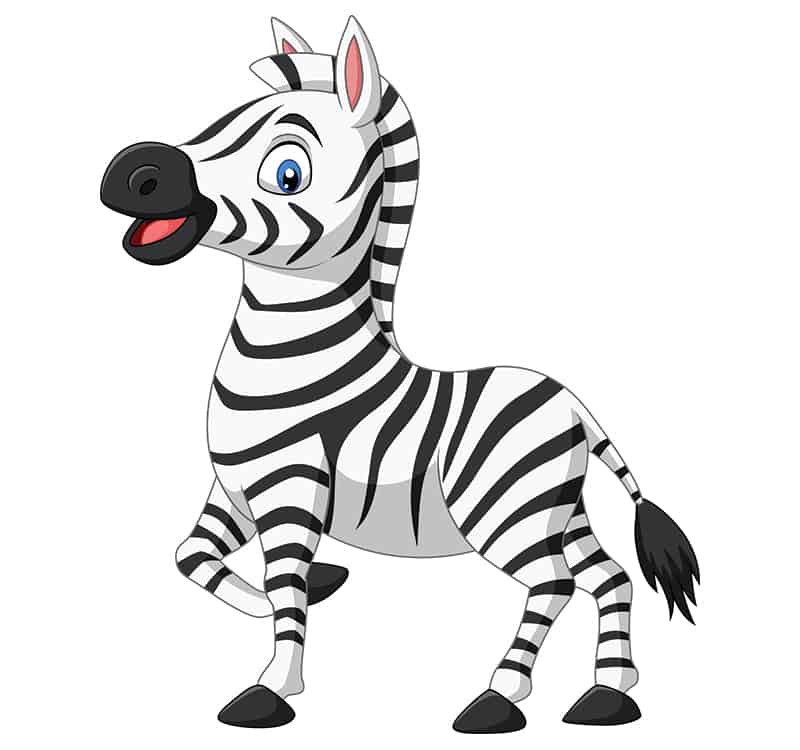 A common saying in the training of doctors is, “When you hear the sound of hooves, think horses, not zebras.” The Ehlers-Danlos Support UK notes that this is intended to prevent doctors from over-diagnosing rare diseases, as simpler explanations for their patients’ symptoms are much more common.

Sometimes people truly do have rare diseases like the Ehlers-Danlos syndromes, though. The Ehlers-Danlos Support UK has adopted the zebra as its mascot because, for them, the hooves really were zebras.

Even if you don’t have any medical concerns, dreaming of zebras could refer to a situation where the answer to your problem is not the common answer. You may need to pursue a career or relationship style that is off the beaten path.

If you live in a part of the world where zebras are common, then zebras may not seem so rare to you. Interpretation of any dream has to make sense to the individual dreamer in their own cultural context.

National Geographic Kids reports that zebras live in eastern and southern Africa. The Maasai people inhabit some of the same area, and the blog Speak Out! – Voices of the Maasai shares the saying, “One man said that a Maasai without culture is like a zebra without stripes.”

Dreaming of zebras may mean that you need to embrace the valuable aspects of whatever your own cultural heritage may be.

The San Diego Zoo reports, “Each zebra has a unique stripe pattern – no two are alike.”

Dreaming of zebras could therefore represent a situation where being too tied to your own perspective limits your ability to see things accurately. You might need to try harder to see the other side of the story.

The BBC reports that researchers have considered many explanations from repelling horseflies to regulating temperature to hiding from predators. They still don’t really know for sure, though.

Dreaming of zebras could therefore represent a situation where you can’t know everything at the moment and have to be comfortable with ambiguity in order to move forward.

PBS series Guns, Germs and Steel, based on the work of Jared Diamond, reports that, though zebras are closely related to horses, they have not been domesticated in the same way as horses. One explanation given is that zebras, though herbivores themselves, became aggressive as a result of having to deal with dangerous predators like lions and cheetahs.

Dreaming of zebras could therefore represent a situation where you need to be more aggressive than you might otherwise be in order to defend yourself.

As much as zebras are wild animals, they also make appearances in the world of technology, so you might be spending too much time on your phone or computer if you dream of zebras. Zebras’ black and white coats are reminiscent of the binary form in which computers store and process data.

The technical name for the shading of alternate rows in a table or form, which you probably see if you spend a lot of time doing computer work with spreadsheets, is zebra striping, according to information designer Jessica Enders. Also, the popular mobile game Design Home, which challenges players to select furniture and decorations for virtual rooms, features zebra pelt rugs.

Dream of a zebra with other zebras 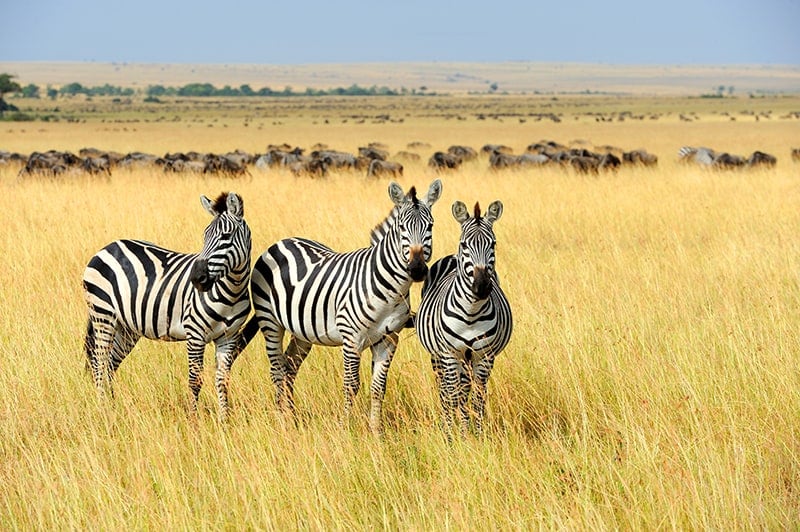 The Ehlers-Danlos Society claims that a group of zebras is called a dazzle. This society, a support group for people with rare diseases, concludes, “We are a community of individual zebras, we are stronger together, and we dazzle.”

If you dream of a dazzle of zebras, you have found or soon will find a community where your uniqueness is understood and appreciated.

Dream of a zebra among horses 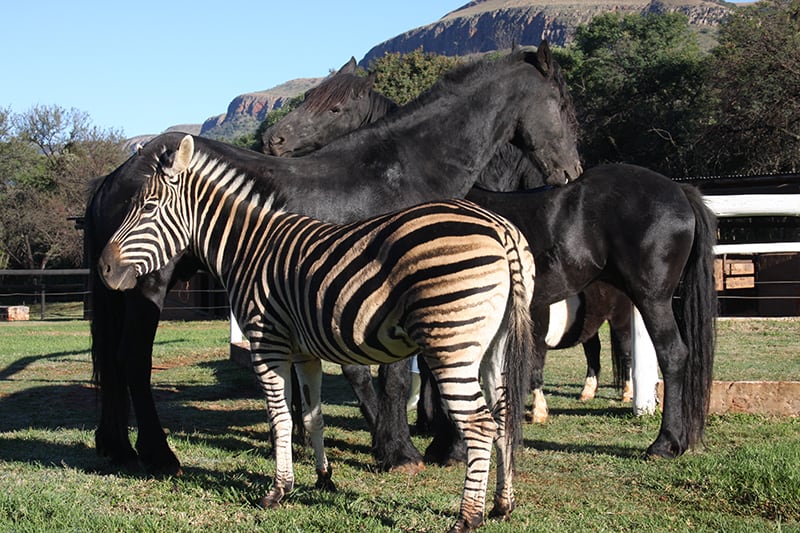 Being a zebra among horses could be a misunderstood existence similar to the story “The Ugly Duckling” by Hans Christian Andersen, about a swan raised among ducks. In that story, the so-called ugly duckling ultimately became happy when he finally found his fellow swans.

If you dream of a zebra among horses, you may need to find a community that is a better fit for you.

Dream of a zebra in civilization 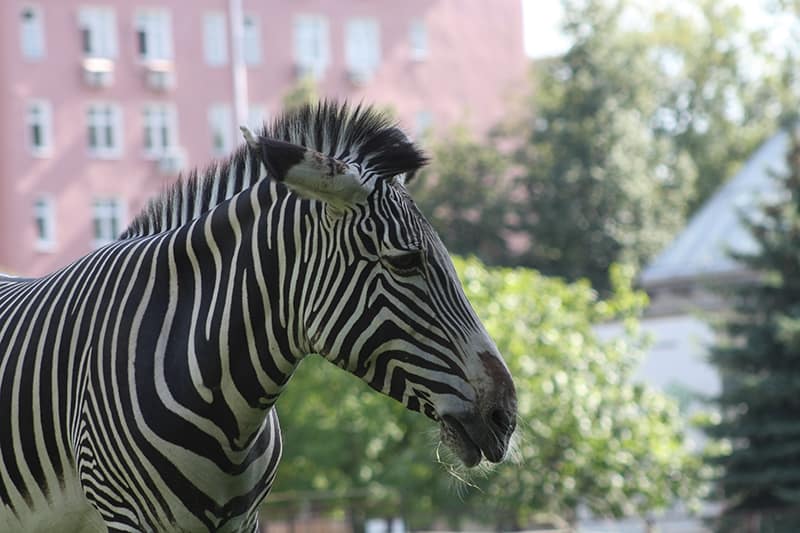 If you dream of a zebra in an urban area, you feel conflicted about the demands that life in civilization makes on you. You might feel repressed and wish you could let loose.

The BBC, however, reports that one of the many explanations researchers have considered for why zebras have stripes is camouflage. You might stand out from the crowd less than you think you do.

Dream of a zebra in the wild 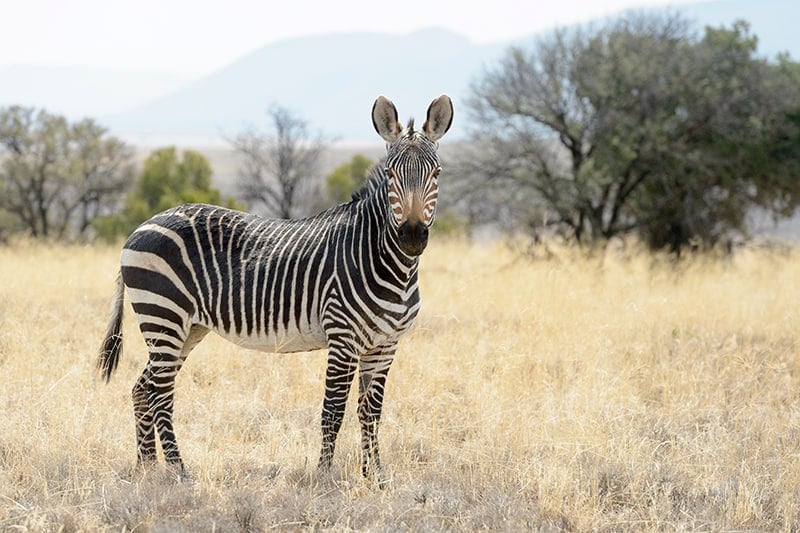 If you dream of a zebra in its natural wild surroundings, you feel free to express yourself, and you are in an environment that is a good fit for you. Unless the zebra is being menaced by predators, things are going pretty well for you.

Dream of a zebra being attacked by predators 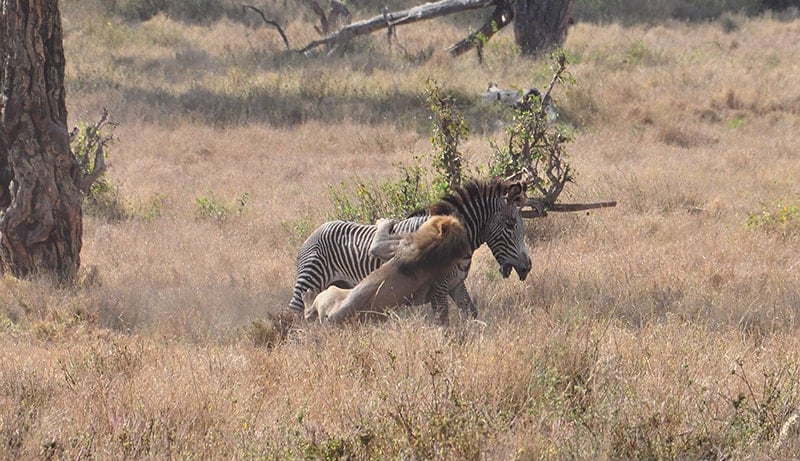 If you dream of a zebra being attacked by predators in the wild, you may feel that you are being persecuted for your individuality. You may also feel that the people around you are not playing by the rules agreed upon by society and are instead getting away with following only the law of the jungle.

You might examine how you felt about the attack during the dream. Did you feel sorry for the zebra, or did you feel that it was the natural order of things for the zebra to be attacked?

Did you try to intervene to help the zebra, or did you feel powerless? Watching an attack like this in your dream might represent a situation where you feel unable to protect other people in your life who are vulnerable.

Dream of a zebra attacking you

Your pent-up need to express yourself is reaching a crisis point. You need to find a way to let out whatever you are holding back before you lose control of it.

Zebras are wild animals with some unusual characteristics. If you see one in your dream, you have a lot to think about.

There are many things to like about the symbolism of zebras, though. Zebras’ message of pursuing your individual calling and being wild when you need to can be challenging at times, but it is rewarding in the end.

Feel free to leave a comment about your zebra dream! 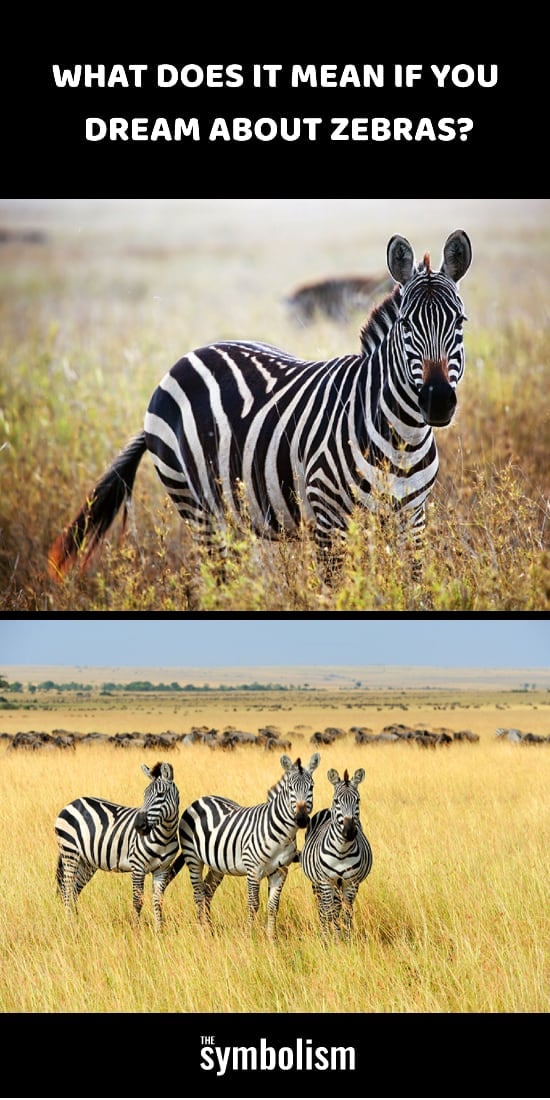